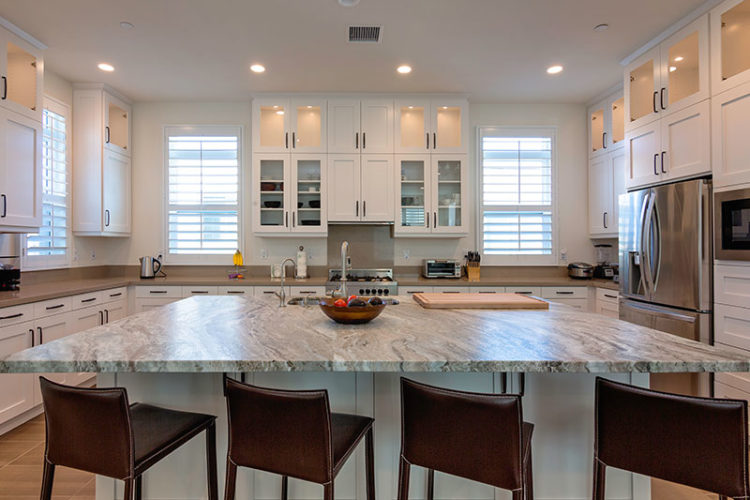 Marble stone is mainly used in construction along the other material such as granite, quartz or quartzite. It is mainly preferred due to its polished surface and fine luster, however, you need to identify the difference between real marble and fake marble.

Since olden times, Marble stone in Calgary is used to beautify the commercial buildings and homes and is known to be a metamorphic rock. It is composed of calcium carbonate which is subjected to pressure and heat to make it a durable material. It is often said that a marble has a fine texture and appearance that makes it a perfect component to be used for building elegant homes and buildings.

Looking at this high value imparted by the Marble stone in Edmonton, there is a need for identifying the purity of marble stone, i.e. the marble is real or fake. This is necessary to know the longevity of the material used and its after-effects. It may seem to be a challenging task to identify the differences between real and fake marble. However, it is quite easy to perform and everyone loves the look and feel of the surface.

Read below to find out the significant differences between genuine marble stone and fake:

Although there are different methods or tests to differentiate between the real marble and fake marble, the best one still stands out to be the Acid test. One may take a small piece of marble and with the help of an eyedropper, put a drop of weak acid on it. The desired outcome in case of real marble should be the appearance of fizz on the reaction of limestone with the acid, releasing the carbon dioxide gas. On the other hand, the fake marble surface will not have any fizz on it.

A1 Granite and Marble Ltd. is an experienced team of builders and consumers from a long time. They specialize in providing the best quality granite, marble and quartz at a decent price. Their exhaustive range of services includes consultation, complete delivery and Installation and several custom designs.